Frequently asked questions about Shade Grown Coffee answered by Alexander Kinnunen, the director of the film

Where can I watch the film?

The film can either be rented for 48 hours or bought so it’s yours for all eternity.

At the moment, there are subtitles in English (including a version for the hearing-impaired), Danish and Czech.

What kind of coffee should I buy?

In general, the more/better certifications and specific information about the coffee and the grower you can find, the better.

Claims about a coffee being shade grown, especially if the coffee isn’t certified organic, should be taken with a pinch of salt and researched further.

The only way to know that such a claim isn’t dubious marketing or just plain false is to buy certified Bird Friendly coffee, which lives up to strict criteria.

Another option is to find a reputable roaster working directly with farmers. That means there’s a good chance that you’ll get a great cup of coffee and that the farmer will get a decent income. Transparency in this area can be an issue, however.

Dry-processed coffees (“naturals”) generally have less of an environmental impact than washed coffees.

If you value taste over sustainability, consider getting a coffee that has been roasted as recently as possible. And always opt for whole beans and grind the coffee yourself. 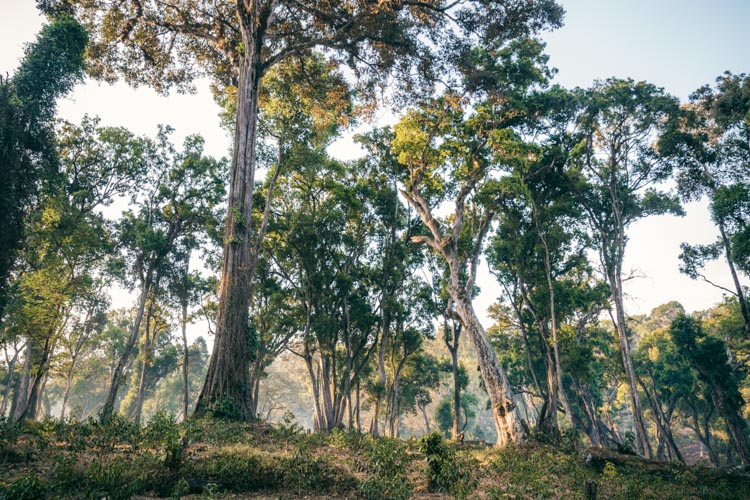 Tip: A very high percentage of coffee farms in Ethiopia are organic without necessarily being certified.

Where can I buy Bird Friendly coffee?

Bird Friendly is the only 100 percent organic, shade grown coffee certification in the world.

If you live in the USA or in Canada, you have a lot of options when it comes to buying certified Bird Friendly coffee.

For the rest of the world, the options are more limited but it’s still possible.

Check out this list from the Smithsonian Migratory Bird Center for an updated overview of where to buy Bird Friendly coffee around the world.

You can support Shade Grown Coffee by buying Bird Friendly coffee through our store from Amazon.

Why make a film about shade grown coffee?

As a filmmaker, I’m always looking for a good story to tell. Yet shade grown coffee is more than just a good story. It’s also a way to make an important environmental and economic impact.

Once I learned that it’s possible to grow coffee in the shade – in conjunction with nature – instead of conventionally with agrochemicals (and few to no trees!), I knew it was an urgent story to tell. 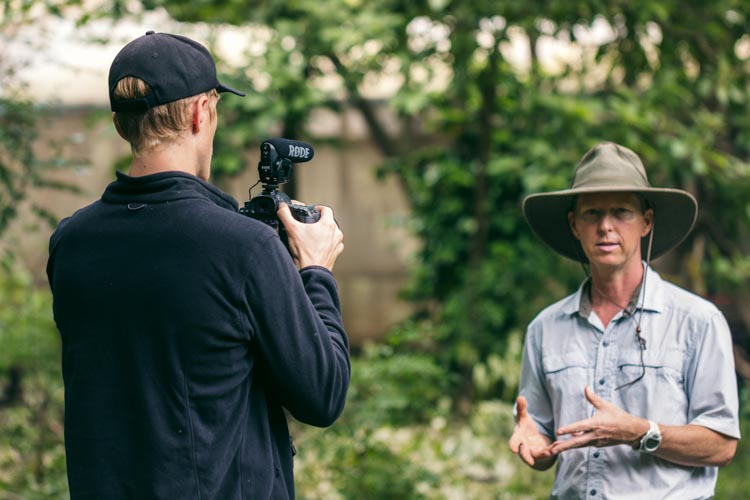 Alexander Kinnunen with Jefferson Shriver on Gaia Estate in Nicaragua.

What is shade grown coffee and what are its benefits?

Shade grown coffee is coffee grown under the shade of other trees. This can range from the farmer planting shade trees on their farm to them planting coffee trees in existing forests – just like how wild coffee grows.

The shade trees provide a host of advantages, ranging from the environmental to the economic. They offer the coffee plants much-needed shade from the scorching sun. This helps keep the temperature low and stable, while the trees’ fallen leaves keep the humidity in the ground. The shade trees can also decrease soil erosion from downpours.

Many popular shade trees fix nitrogen in the soil. If a coffee farm doesn’t have these nitrogen-fixing trees, farmers will need to add it – often chemically.

When coffee is grown under shade, it generally ripens slower, giving the cherries more time to mature and fully develop their complex flavours.

Another benefit is economic. If the coffee farmer plants fruit-growing shade trees, they can maximize their income and diversify their diet – all while using almost no extra land. Papayas, mangos, bananas, oranges, and avocados can all grow well on many coffee farms. 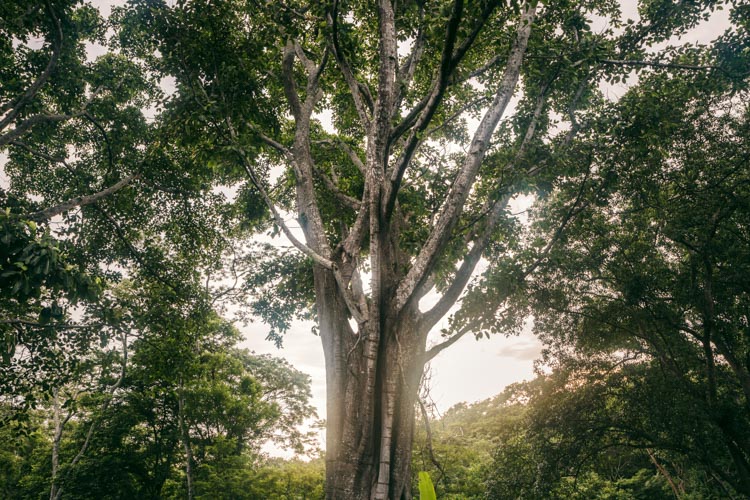 An old shade tree on a coffee farm.

What is sun coffee?

Sun coffee is basically the opposite of shade coffee. 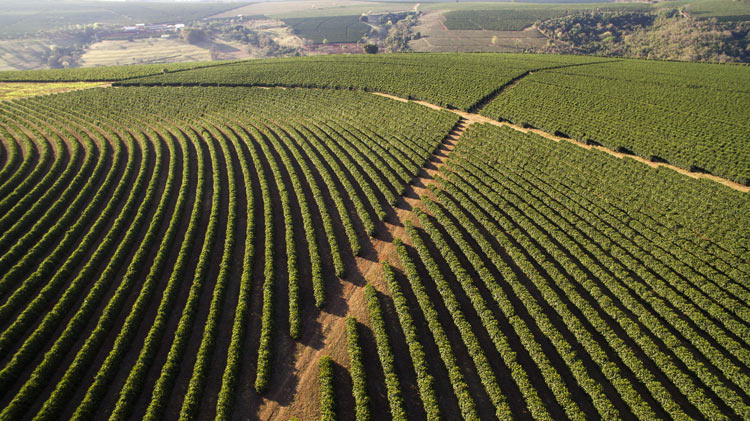 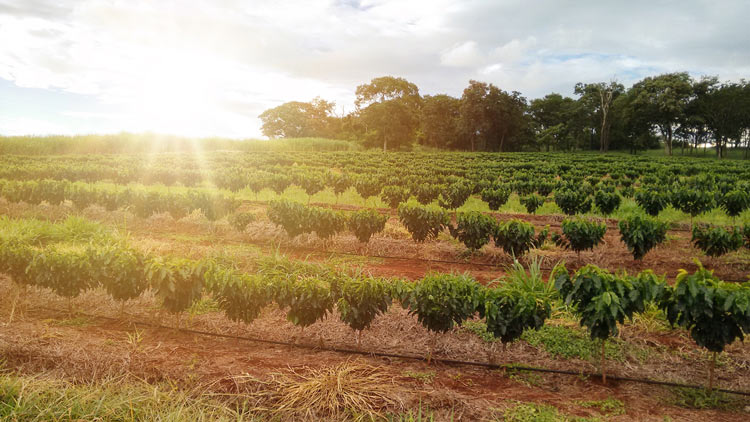 Where was “Shade Grown Coffee” filmed and how long has it taken to make?

We have also filmed at roasteries and cafés in the US, Europe and Asia to capture the whole process from seed to cup.

Editing all the footage into a cohesive story took the better part of a year and production wrapped around the summer of 2019. 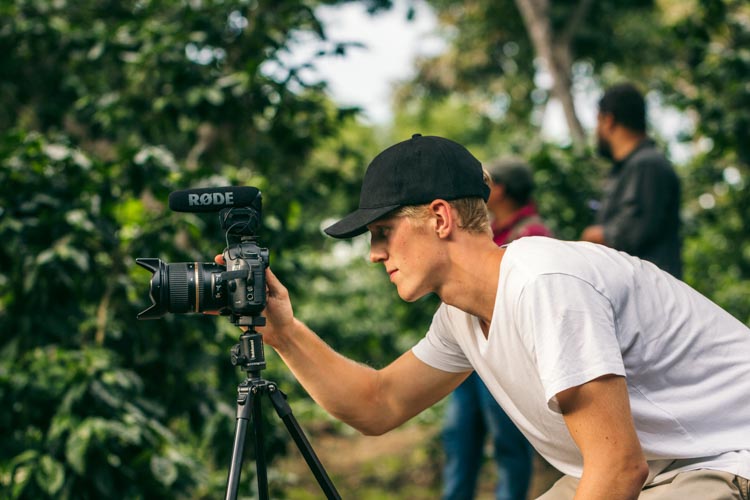 Being just two people mainly working on “Shade Grown Coffee” and self-financing it, how did you manage to make and finish a full-length documentary film?

It hasn’t been easy and it hasn’t been fast. The idea we had for the film back when we started filming in Mexico was way different from what the story turned out to be, and though it has taken countless iterations to get to the heart of it, the only way has really been to keep editing until it felt right.

On a practical level, it has, of course, been a challenge to sustain an income on the side of a project of this scale. But at the same time, working independently has also given us complete creative freedom. Being able to revisit the project over a long timeframe has also given us a fresh perspective and a clearer lens to see through.

It has never been a question of whether or not we would finish the film, but rather a question of when. And we knew early on that the answer could only be found by spending long days (and nights) working on the film relentlessly, so that’s what we did.

What has had the most profound impact on you personally over the course of filming “Shade Grown Coffee”?

Meeting the people who work passionately with coffee on a day-to-day basis has been a truly meaningful experience. The film has opened doors I didn’t know existed and it has enriched me with many life-long friends.

I grew up in Copenhagen far-removed from most of the products I consumed, so seeing up close the tremendous work that goes into something as seemingly simple as a cup of coffee has been eye-opening – to say the least!

In a broader perspective, I have been touched deeply by witnessing how producing a commodity can go hand in hand with nature instead of acting against it. Several of the places we visited looks more like beautiful nature reserves than farms which is exactly how it should be. 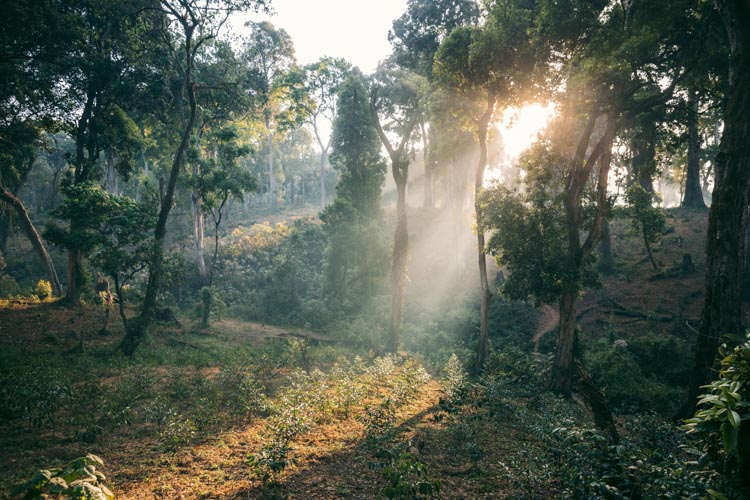 Sun peaking through shade trees on a coffee farm in Ethiopia.

How does Shade Grown Coffee differ from other related documentaries?

While I think it’s wonderful to see how many socially conscious documentaries are being put out, many of them have a tendency to make me feel frustrated and powerless with governments, big corporations and other things outside my circle of influence.

My own consumer habits, on the other hand, sit inside that circle.

It’s so easy to blame the bad guys and for a while, we contemplated including more footage from conventional coffee farms showing the ramifications of producing coffee in that very intensive way.

Instead, I think that creating a positive experience enabling the consumer to make better choices is a healthier route to take.

It’s also relevant to note that no coffee farmer actively wants to destroy habitat and endanger their workers. They’re just a part of a system where it’s often a race to the bottom instead of the top. And while that trend is slowly reversing, it needs to happen faster. 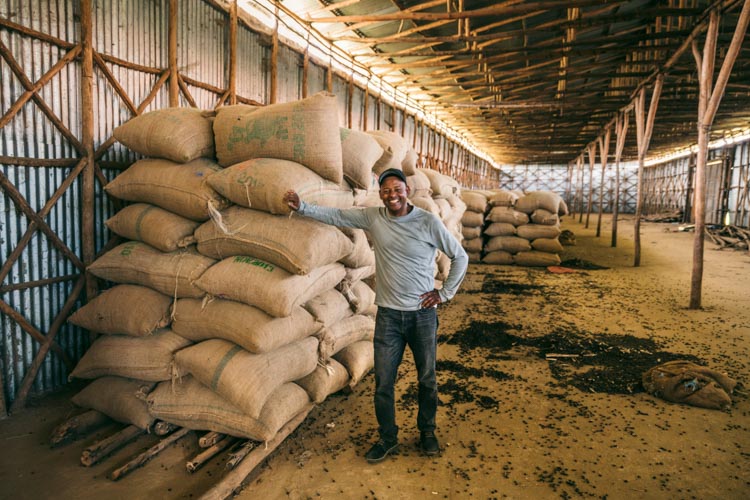 The always positive Akmel Nuri with his coffee bags.

What do you hope to achieve with this film?

I want to empower the viewer and make them feel like they can make an important difference with their habits and purchases.

Buying coffee produced with special attention to both nature, animals and workers can really have a lasting influence on our global environment and it’s crucial to realise that it doesn’t have to be difficult nor expensive.

Another goal of the film is that the audience will get a deeper understanding of how much work actually goes into producing quality coffee. Hopefully, they will appreciate their next cup of coffee even more.

If we’re lucky, they’ll also walk away with an increased appetite for learning more about where the other products they’re consuming daily come from and the stories behind them.

This is key to a sustainable future for everyone, I think. 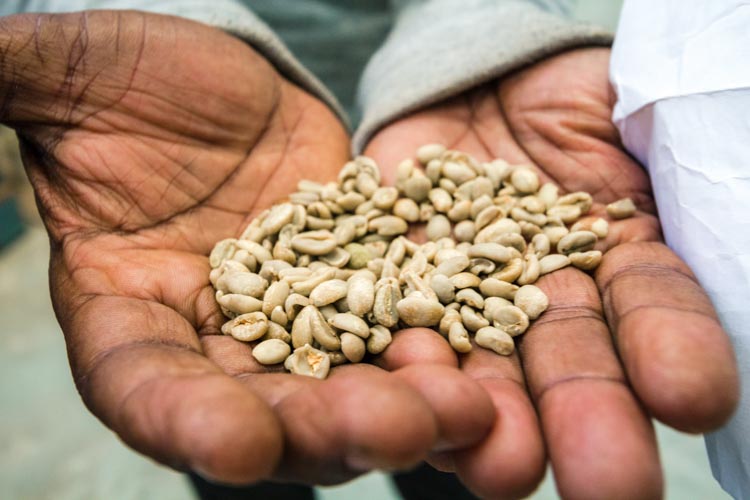 The future is in our hands.

What has it meant for you and Victoria’s relationship to work on a project of this scale together?

There will inevitably be ups and downs in every film project, but in the end, we have both grown tremendously from the experience. Travelling and working together as closely as we have won’t be for everyone, but sharing a passion with your partner is something that has the capacity to deepen your relationship and give you something to laugh – and cry – about together. It’s been a fantastic journey. Right now, we’re just incredibly proud to have finished this project and to share “Shade Grown Coffee” with the world.

Sign up for free updates on the film by email

Join the shade grown coffee movement. We promise to send you quality news and to never spam you.